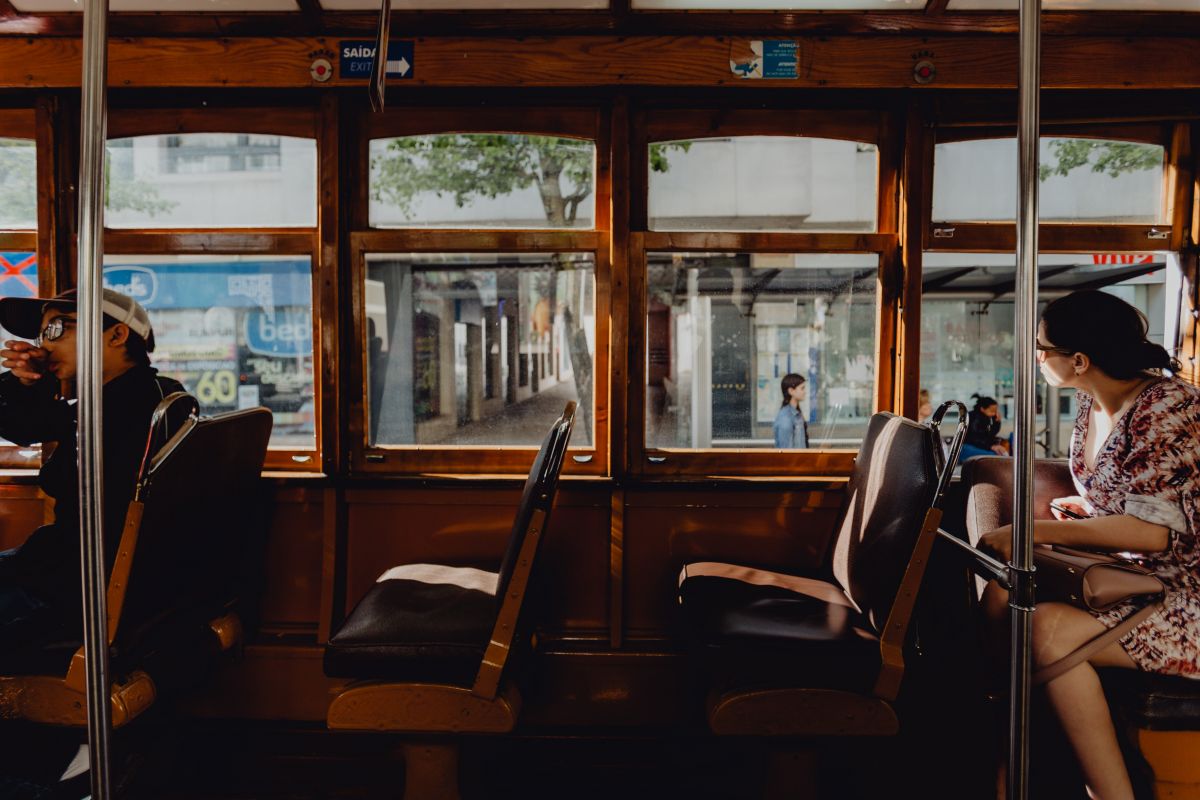 Yellow is part of the Lisbon Trams brand image and these streetcars are the ideal transport to get to know some of the most interesting places in the city, the historical and architectural heritage, and simply to stroll around.

The Lisbon tramway network – Rede de Elétricos de Lisboa – is a system of trams that serve the city since 1873.
The first tramway in service came on 17 November 1873, as a horsecar line, but since 1901 all of the city’s tramways had been converted to electric traction.
Today six lines remain operating by Carris in the southern center and west of Lisbon only.
Aside from tourist attraction, these lines are very important because some areas of this seven hills city can only be crossed by small charming trams.

That’s why there are also three lifts and one tram, considered National Monuments, that help us reach the top of some hills, shortcutting.

From Restauradores, the Elevador da Glória take us to Bairro Alto and to the viewpoint of Jardim de São Pedro de Alcântara, also getting us closer to Principe Real.

On the other side of Avenida da Liberdade, at Rua das Portas de Santo Antão, the Elevador do Lavra lifts us to Jardim do Torel.

Close to Chiado, the Elevador da Bica, a postcard style image of Lisbon at Rua da Bica de Duarte Belo, considered one of the most beautiful streets in the world in 2017, connects the two old neighborhoods of Bairro Alto and Cais do Sodré, where nightlife thrives.

Another famous Lisbon image, in the heart of Baixa is the Elevador de Santa Justa.
Taking us to Largo do Carmo, its top has one of the most beautiful 360º degrees Lisbon views.
This iron structure was built in 1902, by the French Raoul Mesnier de Ponsard, a disciple of Eiffel, and is considered one of Lisbon’s main architectural attractions.

28 TRAM
The most touristic tram line connects Martim Moniz to Campo de Ourique.
Although you can hop in at any point, the route starts in the historic center at Largo Martim Moniz, heading through the historic neighborhoods of Graça and Alfama.
This part of the route crosses along with the São Vicente de Fora Church and some of the most picturesque streets and squares in the medieval areas of Lisbon, such as Rua das Escolas Gerais or Largo das Portas do Sol, a wonderful viewpoint over the Alfama hillside facing the Tejo river.
If you hop-off here you’ll be very close to São Jorge Castle.
Continuing down towards Baixa you’ll see the Sé, Lisbon Cathedral, the Santo António Church and you’ll reach the busy Rua da Conceição, known for its traditional lively haberdasheries stores.
The 28 tram heads up the historical and beautiful show-off facades hill towards Chiado, stopping in front of Brasileira Cafe, then crossing Largo do Camões, right next to Bairro Alto, and down the hill again through the Calçada do Combro. The highlight of this part of the route is the Parliament building, former São Bento Convent.
Next you’ll cross the Basílica da Estrela, the Estrela Garden, and this trip end at Campo de Ourique, a residential Lisbon neighborhood.

25 TRAM
This Tram shares a small part of its route with tram 28 and it is not so touristic, therefore being an interesting alternative.
Connecting the Praça da Figueira to Campo de Ourique the circuit reveals the peculiar building Casa dos Bicos, which currently houses the Nobel prized Portuguese writer José Saramago Foundation and crosses Estrela, Lapa and Madragoa.
Lapa is a very elegant and residential neighborhood and Madragoa is a very traditional and popular neighborhood.
At Santos neighborhood and over the Tejo river, we can see the 25 de Abril Bridge and this is the right stop for those who want to visit the National Museum of Ancient Art.
This Tram route crosses up and down some streets, so surprisingly narrow that it’s well worth the trip.

TRAM 24
From Largo do Camões, right next to Chiado, tram 24 is a good option for those heading to Campolide.
Passing by Príncipe Real, Rato and Amoreiras it shows the daily life of a lesser-known side of the city, highlighting the Amoreiras Towers, by the Portuguese architect Tomás Taveira, a contemporary work of architecture somewhat controversial at the time of its construction in the 80’s decade.

TRAM 18
At Cais do Sodré, tram 18 heads to Ajuda, the neighborhood above Belém area.
Leaving Rua da Alfândega, the whole route takes about 35 minutes and crosses some beautiful city sights, like Praça do Comercio, along the Tejo River.
In Ajuda, it is also possible to see the Church of Corpo Santo, which dates from the 15th century and the Ajuda Palace, place of residence of the royal family in the 19th century and currently working as a museum.

TRAM 15
At Baixa, you can also take tram 15 that goes from Praça da Figueira to Algés and is a daily means of transportation to get to Belém.
The number of people using this transport is substantially higher and it is a modern, faster and bigger composition, instead of the traditional carriages.
Throughout Avenida 24 de Julho, it travels alongside the Tejo river until you reach the popular neighborhood of Alcântara, the prime area of Junqueira and the impressive monuments of Belém like Mosteiro dos Jerónimos, Torre de Belém and Padrão dos Descobrimentos.

TRAM 12
This Tram runs, in a circular way, the historic districts and hills on the eastern side of Lisbon.
Its route starts at Praça da Figueira, crosses Martim Moniz and the heart of the ancient Mouraria neighborhood, goes up to the Portas do Sol viewpoint, goes down towards the Santa Luzia viewpoint, and ends where it started.
It’s the perfect choice to travel some of the most traditional Lisbon hills visiting the historic neighborhoods where the streets and alleys are connected through surprising and almost secret stairs, openings and passages, in an intricate maze from where you can get out just by following the sound of the tram’s bell.